Rotofarm Garden Should Soon Be On Your Wishlist

Growing your food in the kitchen? Sounds great!

Rotofarm by Bace is relatively new to the market, but we love the idea behind it. It’s reinventing the way we should grow our foods, and you don’t need to have a house with a yard. This very futuristic garden can let you grow 1.5 meters of fruits, veggies, and herbs, and you can keep it in your kitchen. So, what’s the catch?

By growing produce at home without chemicals or pesticides, the food doesn’t expire until its cut. It also promises to cut the carbon footprint, the traditional farming of vegetables, and fruit causes. The price isn’t even that high: around 700 dollars, but it’s still missing real reviews. Of course, this is just a price for the Rotofarm; everything else is an additional cost.

This product is developed in Australia, and according to everything we managed to find about the rotating kitchen, inspiration comes from NASA’s design. The Rotofarm is always rotating your foods because, according to the company, that makes the plants grow faster. It is similar to all hydroponic systems in the sense that it works without soil and uses mess-free nutrient and water reservoirs to feed its plants. However, everything else about it is new and futuristic, like an evolved version of the traditional hydroponic system.

Apart from defining gravity, this mini-farm, which looks like an art piece, uses light similar to the sun. However, this light has more red to increase the rate of photosynthesis, stimulating even faster plant growth.

It does look divine and promises to completely change the food industry in the not so distant future. Similar projects are already out, but they are still missing good, old reviews from the actual customers. So, while we’re waiting for further information, we’ll stick to old fashioned ways of growing small portions of foods on our balconies. And we’ll be left to envy the ones with big yards.

Naturally, we are curious about this rotating garden, so as soon as there are any updates, we’ll be the first to report!

The Sweet Taste Of An Exotic Dessert: Tufahije 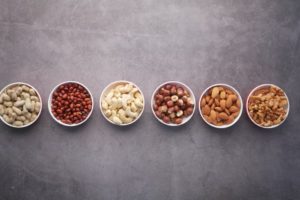